Boaventura de Sousa Santos is Professor of Sociology, University of Coimbra (Portugal), and Distinguished Legal Scholar at the University of Wisconsin-Madison. He earned an LL.M and J.S.D. from Yale University and holds the Degree of Doctor of Laws, Honoris Causa, by McGill University. He is Director Emeritus of the Center for Social Studies at the University of Coimbra and has written and published widely on the issues of globalization, sociology of law and the state, epistemology, social movements and the World Social Forum. He has been awarded several prizes, most recently the Science and Technology Prize of Mexico, 2010, and the Kalven Jr. Prize of the Law and Society Association, 2011.

His most recent project – ALICE: Leading Europe to a New Way of Sharing the World Experiences – was funded by an Advanced Grant of the European Research Council (ERC), one of the most prestigious and highly competitive international financial institutes for scientific excellence in Europe.

Notes From Black Europe (Penguin 2019)
“Afropean. Here was a space where blackness was taking part in shaping European identity … A continent of Algerian flea markets, Surinamese shamanism, German Reggae and Moorish castles. Yes, all this was part of Europe too … With my brown skin and my British passport – still a ticket into mainland Europe at the time of writing – I set out in search of the Afropeans, on a cold October morning.” 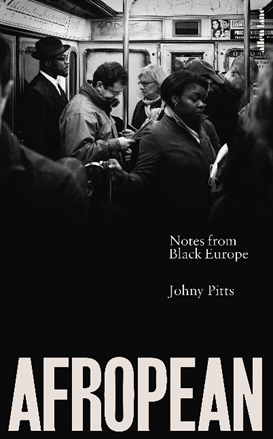 Afropean is an on-the-ground documentary of areas where Europeans of African descent are juggling their multiple allegiances and forging new identities. Here is an alternative map of the continent, taking the reader to places like Cova Da Moura, the Cape Verdean shantytown on the outskirts of Lisbon with its own underground economy, and Rinkeby, the area of Stockholm that is eighty per cent Muslim. Johny Pitts visits the former Patrice Lumumba University in Moscow, where West African students are still making the most of Cold War ties with the USSR, and Clichy Sous Bois in Paris, which gave birth to the 2005 riots, all the while presenting Afropeans as lead actors in their own story.

AFROPEAN. Adventures in Black Europe, one of the most influential platforms about the interplay of African and European cultures in today’s Europe. He is currently a BBC contributor, having worked for ten years on television as a writer and presenter on MTV, Sky One, ITV, Channel 4 and Discovery Channel. He is also a published and award-winning author (Decibel Penguin Prize for Young Writers).

Alain Kiyindou is the Coordinator of the UNESCO Chair of Emerging Practices in Information and Communication For Development (Université Bordeaux-Montaigne). He is a teacher and researcher in communication sciences at that same university
(Département Médias, Information et Communication et Arts / MICA), Honorary President of the French Society For Information and Communication Sciences and permanent member of the French Committee for UNESCO. Originally from Congo-Brazzaville, he has studied and lived in Côte d’ Ivoire and France. He is the co-author and editor: of Objets Connectés et Développement Intelligent (Harmattan, 2018), Les Pays en Développement Face à la Société de L’information (org. A. Kiyindou,
L’Harmattan, 2009), Cultures, Technologies et Mondialisation (org. A. Kiyindou, L’Harmattan, 2009). 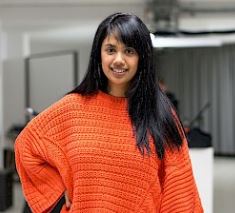 Lynhan Balatbat-Helbock is a curator and researcher at S A V V Y Contemporary where she is part of the participatory archive project Colonial Neighbours. She received her MA inPostcolonial Cultures and Global Policy at Goldsmiths University of London and moved to Berlin in 2013. In her work within the permanent collection of SAVVY Contemporary she looks for colonial traces that are manifested in our present. The collaborative archive dedicates itself to discussing silenced histories and to the decanonization of the Western gaze through objects and the stories behind them. In close collaboration with artists, initiatives and activists, the
archive is activated through hybrid forms of practice.

COLONIAL NEIGHBOURS is a participatory archive and research project investigating the colonial history of Germany, including its ongoing impacts upon the present. The project aims to address gaps in Germany’s politics in order to question dominant knowledge structures and historical narratives. The archive serves as a platform for discussion, exchange, and collaborations with actors from various fields. 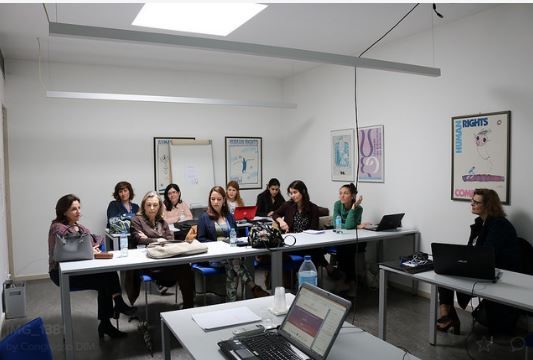 Venues/Dates: The overall communication campaign and main dissemination events took place from the 25th may 2018 to the 3rd June 2019, in Lisbon, Bordeaux, Berlin and London. The Debate Series took place in Lisbon (PT), at NOVA University on 25th May 2018; 30st January, 18th March, 28th March, 10th April, 13th May and 3rd June 2019. The main digital dissemination campaigns took place through the Portuguese platform BUALA.org from january to June 2019 and through the British platform AFROPEAN on May and June 2019. In Berlin (DE) the communication and visibility of the project took place particularly in December 2018 and in April-May 2019 and in Bordeaux (PT)

Short description: The primary aim of the dissemination activities was to involve citizens in the public discussion of the project’s themes either in public events or through media and digital networks. For this purpose, the project created a coherent communication campaign, established partnerships with platforms that relate to Afrodescendants in Europe, carried out presentations, organised talks and designed a Debate Series to tackle the concerns of citizens situated in the Afro-European interculturality. Most of these events and the official communication campaign took place between the Day of Africa 2018 and the Day of Portugal 2019, representing the centrality of the relation to the African continent present in several European countries. This journey was used to assess Portugal’s post-colonial condition and to underline the crucial role of the European Commission in mediating conflicting national narratives and offering a new sense of belonging to European citizens independently of their different cultural origins.